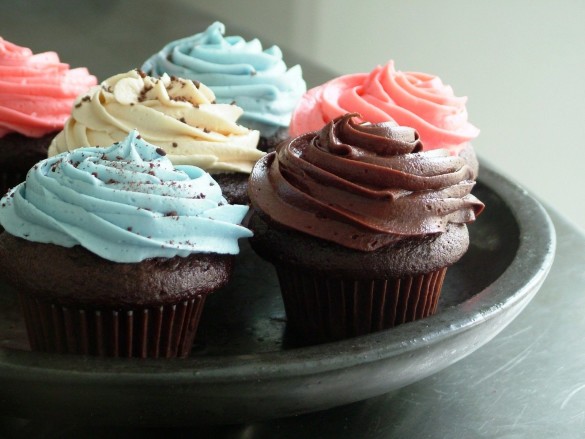 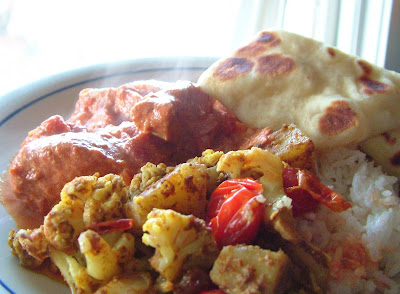 How can this be? And I haven’t even managed to sort all these recipes into an alphabetical and categorized database. (It’s getting to be a mighty large project, let me tell you. I have been working on it!)

Three hundred. Imagine what else I might have accomplished if I just committed myself to spend time every night on it, no matter how tired I was or what else I had going on. I guarantee there is nothing else I’ve done in my lifetime for 300 consecutive days, except maybe eat and breathe. And I suppose change diapers, but that wasn’t much of a challenge.

It was a celebratory day today too, which is sort of fitting. I wouldn’t have wanted to post grilled cheese and a double double on day 300, although that would have been fitting, too. It’s the week of the birthday trilogy: my sister, Mike and me. Mine is later this week, but we generally get the family together for dinner on the closest Sunday, which was today. It was at my sister’s house and a potluck. We made it Indian, hoping to trigger my other sister into labour (it might have worked), but mostly because I wanted an excuse to have butter chicken.

Once I made it I realized that it doesn’t really need to be half butter and cream (some recipes I found called for 3 cups of whipping cream and/or a cup of melted butter) and thus need not be relegated to multiple-birthday days. I further found you can do it in the slow cooker – at least until the adding of the cream. It wouldn’t have occurred to me, but I was cooking for 13 and needed it to be transportable and easily reheated, so I simmered the tomatoes, spices and chicken for a few hours this afternoon, took it over, plugged it in and stirred in some plain yogurt and the merest splash of cream while it was set on warm.

But my sister made these curried potatoes and cauliflower that were phenomenal; it was something she remembered seeing Jamie Oliver make on TV years ago, and she went ahead and winged it. This is how she relayed it to me: 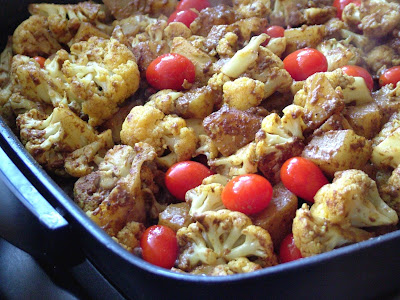 Melt butter (as I was leaving she confessed that the quantity of butter likely had something to do with their awesomeness – 1/2 cup – it was a large batch, but still) and a bit of coconut milk (the last of the can, about 1/4 cup) and a big spoonful of curry paste (Jamie had made his own spice blend, of course) until it’s melted and the coconut cooks down to “sort of oily”; add diced potatoes and cauliflower florets and cook until they start to brown. Cover and keep on cooking. Add a half a pint of grape tomatoes and keep on cooking until everything is soft.

They cooked for quite awhile, and she used a large electric frying pan to free up the stovetop for the soup, rice and naan. Seriously, phenomenal. I feel as if I’m about to deliver quintuplets and still I can’t wait for leftovers tomorrow. Ironic that the veggies had more butter than the butter chicken, which actually had none, come to think of it. 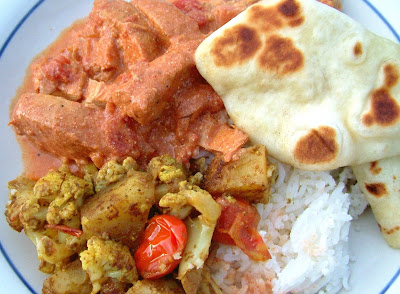 And cupcakes from Crave, just because we could. Back when we lived in Vancouver 5 years ago I TOLD Mike we should move back to Calgary and open a cupcake shop. He wouldn’t go for it. W could have been heir to our cupcake fortune. Seriously, $47 for a dozen cupcakes and a dozen minis? It seems I was on the right track when I opened the Kooky Cupcake Company (my mom had to explain why spelling it with three Ks was not a good idea) with a $20 loan for ingredients and the One Egg Cake recipe from The Joy of Cooking when I was about 8. (A lot of the profits were eaten up.)