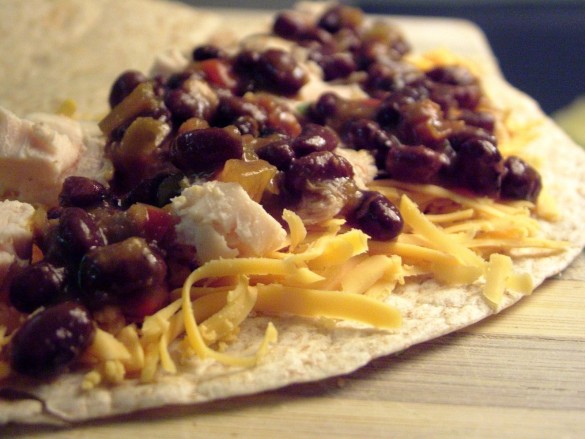 We had a head in the fridge that needed out of its misery. I briefly pondered broccoli-cheese soup or Classy Chicken… I don’t dislike broccoli, but I must say I’m rarely inspired by it. I’ll eat it on a veg & dip platter, mostly because those little trees can hang on to a lot of dip and I feel virtuous for it. (The broccoli part, not so much the dip.)

I was pondering the fact that my favourite way to cook vegetables is to roast them, and yet I’ve never roasted broccoli. I’ve never heard of anyone else roasting it, either. (Which is not to say it hasn’t been done – I’m certain it has!) So I cut it into fairly small florets and the stalk into chunks, tossed them with oil, spread them out on a baking sheet and roasted them at 450F for about 20 minutes. 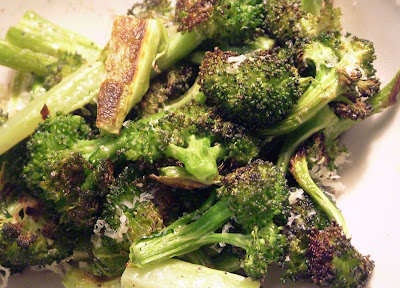 Then I grated a bit of fresh Parmesan over the lot and put them back in for 5 minutes or so. It could be that I was ravenous, and actually held off nibbling while I cooked dinner (patting myself on the back counts as excercise, doesn’t it?), but it was the best broccoli I think I’ve ever had. (Which I realize you’ll have to take my word for considering this photo.) Next time I think I’ll add garlic.

While it was roasting I made quesadillas. Which I know are so last year, but we had a surplus of whole wheat tortillas, a baggie of leftover chopped chicken and a small chunk of old cheddar – just enough to glue them together but not enough to indulge. Normally I would have opened a can of black beans, but I had some of those Canton beans seasoned with garlic, onion and peppers and so added them to the filling, and then when they were gooey and crisp, scooped up as much salsa as each wedge would structurally tolerate. We each ate one folded quesadilla (by that I mean made with one tortilla rather than two) and then I had to go distract myself while my stomach caught up to my brain – once I get going I could easily graze straight through from late afternoon until bedtime. 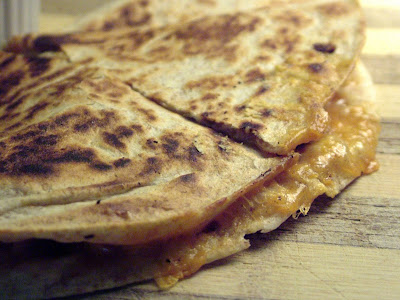 (Don’t think that my choice to use flour tortillas means they are somehow healthier than other types of bread – Atkins had us believe that wraps were a low carb choice, but in fact they are just unleavened bread – imaging rolling a slice of sandwich bread flat with a rolling pin. It would be nice if they were freebies, but they’re not.)

In other news, apparently I actually did have the Norwalk virus (which I think sounds far more dramatic just on account of its having a title – stomach flu doesn’t quite have the same ring to it) on Monday. Which explains why I thought I just might die right there in the loo. And which makes me ponder whom I came in contact with over the past week – Health Canada says I’ll remain contagious for a minimum of 3-4 days (and up to 2 weeks) after being symptom-free. So does that mean I can’t go to the gym and sweat all over everything for the next few days? Or even weeks? Damn.

(Can dogs get the Norwalk virus? Because as I sit and type this Lou has been intermittently and politely getting down off the couch and quietly ejecting vast quantities of soupy brown tire bits all over the floor.)

Hummus in the car and a Burger at the Chateau