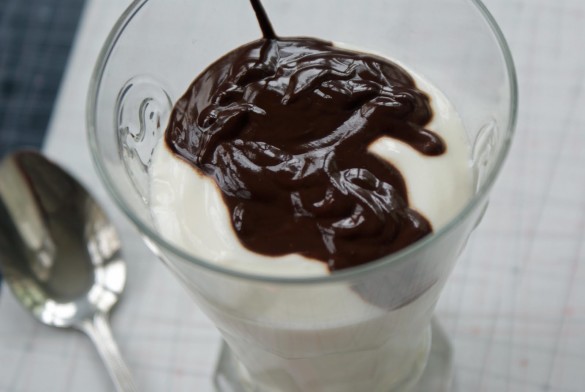 We’re in Jasper, back at the Jasper Park Lodge. (We’re usually here for Christmas in November – W walked in and asked where Santa was? And the Christmas trees?) This time the lake has no ice, it’s beautiful and almost green, and the chipmunks are plenty. We’re here so I can speak at the Alberta Library Conference tonight and tomorrow. We left before noon, and as I rushed to pack I made a batch of garlicky roasted potato salad with wilted kale and tahini dressing to eat in the car (and to use up the kale). But I made something last night I kinda want to tell you about.

Sometimes when I check my mailbox, there are cookbooks in there. Not often, but sometimes. When I do get cookbooks (which always makes my day because I am that person who finds comfort in cookbooks and keeps stacks of them beside her bed-a habit Mike just loves), sometimes I write about them and sometimes I don’t. If I like them, and use them, and feel inspired to write about whatever I made, I do. If not, it winds up on my shelf. Other times I write about books I’ve gone out and bought. It’s all about the food, really.

Yesterday, a package arrived on my step. Inside, copies of the French Women Don’t Get Fat Cookbook – one I had seen last week on bookshelves and was tempted to buy. It was written by Mireille Guiliano, author of French Women Don’t Get Fat, and I was happy to see it filled with stories of her childhood in France, life in Paris, Provence and New York – I always love to be able to live (and eat) vicariously through others.

It’s a beautiful book, nicely designed and printed on heavy matte paper, and although there are no photos, it’s filled with recipes I actually want to try – like Beet and Ginger Gazpacho, Quinoa with Peas and Favas, Macaroni with Ricotta and Walnuts, Tagliatelle with Leeks and Prosciutto, and Rosemary Lamb Meatballs (oh yes-I’ll be taking this baby for a spin next week).

Unable to resist at least flipping through a new book, I sat down last night amid the packing and laundry and last-minute article finishing, wishing I had a chance to cook from it this weekend. It was almost 8 o’clock, and I was still wanting a little smackerel of something after an experimental dish we all ate for dinner fell flat on its face. One recipe jumped out and grabbed me – Yogurt with Crème Chocolat. 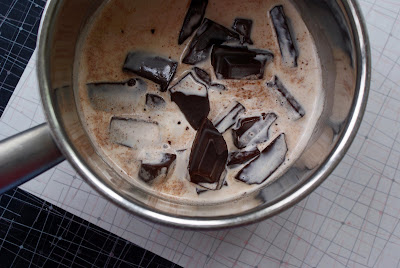 An idea as much as a recipe, it to me epitomizes French food – simple, real – practical and yet classy. Three good-quality ingredients I know very well – yogurt, chocolate and cream – turned into something that feels indulgent and smart at the same time. It took about five minutes to make. I tried to take longer to eat it. 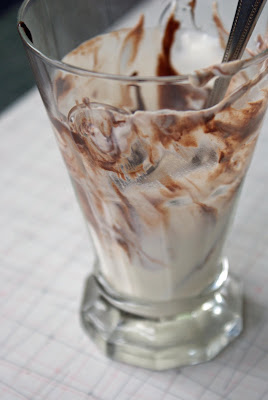 Here’s the gist (it’s all you need): heat about a quarter cup of cream or half & half in a small saucepan, and dump in about 4 oz. of chopped dark chocolate. (I totally eyeballed all of this; proportions don’t much matter.) Take it off the heat. A minute or two later give it a stir to melt the chocolate, then drizzle over nice thick plain yogurt – Greek, if you have it. Vanilla would probably be fine but likely too sweet – the contrast between the warm, sweet chocolate and cold, creamy, tangy yogurt is what makes this so fantastic. I imagine some chopped salted pistachios would stand in nicely for a cherry on top. 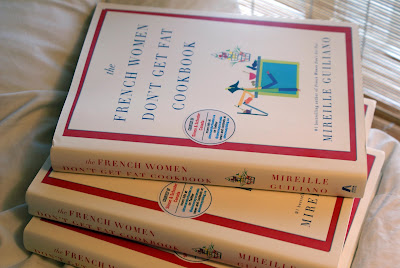 Of course in honour of Free Stuff Friday I have copies to give away! Three, in fact. So leave a comment, and I’ll draw on Tuesday. What shall we talk about? Dinner last night? New ideas for familiar ingredients? Favourite French food? How to wean yourself off of red wine and Cheezies?
Is there a patch for that sort of thing?

160 comments on “Yogurt with Crème Chocolat”