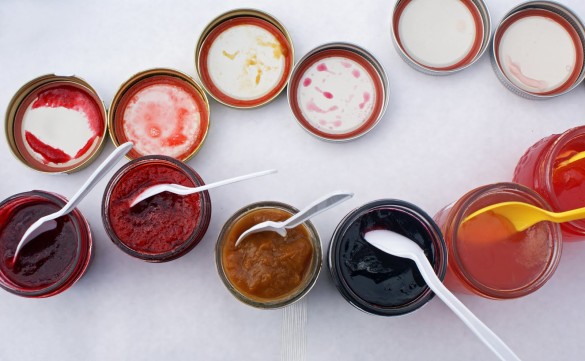 That’s what Pierre called it when we were charged with choosing one out of twenty entries at the Bowness Harvest Fair on Saturday morning. I tough job, but somebody’s gotta. 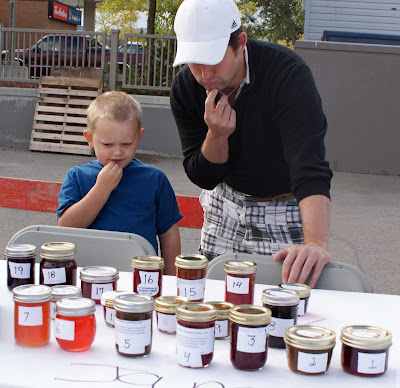 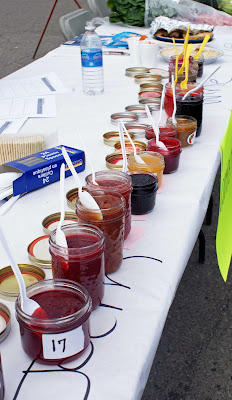 We tasted all of them. Some a few times. What amazes me in contests like this is how completely different everyone’s entry is. There was peach, crabapple, nanking cherry, raspberry, strawberry, saskatoon berry and blueberry, and I’m certain I’m forgetting some. (Come to think of it, there was no plum. What gives?) There was apple butter and peach butter and even one chutney. One sweet jelly was made with wine and was meant to be served with goat cheese. Another thick, runny strawberry jam was flavoured with fresh mint and black pepper. 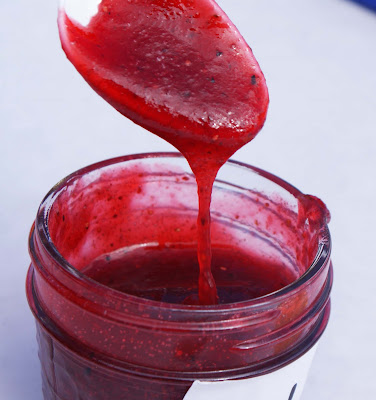 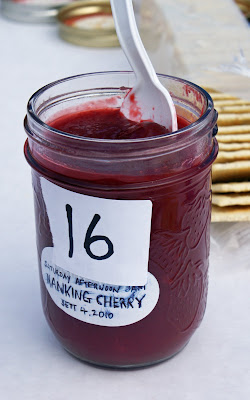 Yet another was named for the Saturday afternoon it was made on. I loved this. I wanted it to win just by virtue of its hand-written label. But the jam inside – thick and pulpy (he too values the nanking cherry and wants to get as much off the pits as possible – yes, it was a man who made it) it wasn’t too sweet, and tasted like fruit. It was a runner-up. 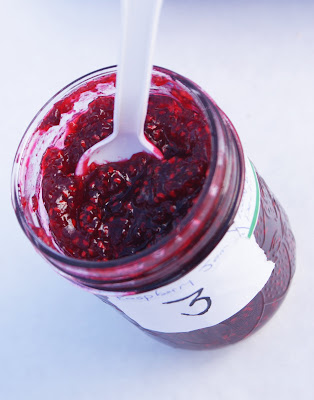 But the best damn jam was the purest raspberry – there is nothing better, don’t you think? Just raspberries, a bit of lemon juice, sugar and pectin, I think. I’m hoping to get the recipe, but really, it’s all about the berries. And I hear this guy (another man! yes! men who make jam!) has a pretty sweet raspberry thicket behind his house. I have envy. I’ve managed to destroy my raspberries, and so far as I can tell, you can’t make jam out of chard.

For the rest of Saturday I cooked for a Great Gatsby-themed party – flapper pies, lemon cakes, pigs in pastry (a reference to the book – homemade sausage rolls), chicken satay with peanut sauce, pesto salmon bites, ham and sweet potato frittata, gruyère gougères. Today Sue arrived to work on our book – we go gangbusters on food photos this week. She came in time for Feast of Fields – such a great event if you ever have the chance to go. And we discovered a sure-fire cure for insomniacs: wine in the afternoon, then several hours of book editing.

So because it’s late and I don’t have a recipe to offer, here’s a recap of a post on jam-making from August of last summer. Because I’m newly inspired by all the wonderful homemade varieties out there, how many entrants were new at it, and how really un-scary jam making can be if you Just Do It. There isn’t much better than toast with your own jam.

Although fruits have been preserved in sugar for thousands of years, people have only in recent decades developed a fear of jam-making. The common opinion has come to be that jam is difficult to make, difficult to set, and will take the better part of a day (or at least an afternoon) to procure. Not so. And although a jar of jam can be easily had at any corner store, it really is worth the effort to simmer some fruit yourself. To simplify the process, fruit + sugar = jam.

If you are among the nervous, take comfort in the fact that runny jam is perfectly acceptable; delicious, even. (I far prefer a loose jam to one that resembles stiff Jell-O.) If it’s exceedingly runny, you have yourself a lovely fruit syrup, one that will enliven pancakes, waffles, ice cream, fresh biscuits and angel food cake – just pretend that it’s exactly the way you intended it to be.

To get all scientific about it: the main components of jams and preserves are fruit, sugar, pectin and acid (such as lemon juice). Fruits vary in their pectin content, but typically under-ripe fruit (such as strawberries with white spots) contains more pectin and acid, both necessary elements for the jelling process. (Fruits higher in pectin include apples, currants, oranges and plums; middle-of-the road fruits include blueberries, raspberries, cherries and rhubarb; low-pectin fruits include apricots, peaches and strawberries.) Commercial pectin can always be used as extra insurance, but isn’t really necessary. Apples (with their seeds) and citrus peels are high in pectin – I’ll often add some to the pot (if I’m straining the mixture to make jelly) or wrap in cheesecloth to simmer, then pull out after the mixture has cooked.

When making jam, aim for 1 cup sugar to every 2-3 cups chopped fruit. This is not as much as it sounds – a great many recipes call for equal quantities of sugar and fruit, so feel free to use more. You’ll want to cook them together, rather than cook the fruit and then add the sugar, as the sugar helps pull water from the fruit but leaves the pectin. Add about a tablespoon of lemon juice per pound of low-acid fruit. (If you’re not sure if your fruit is low-acid or not, add it anyway.)

Bring the lot to a rolling boil and cook, skimming off any foam that rises to the surface, until it thickens and looks like loose jam. (Keep in mind it will firm up as it cools.) To test, either use a candy thermometer (it will set at around 220°F) or drop a spoonful on a small dish you’ve chilled in the freezer. If it sets up into something that resembles jam, and wrinkles on the surface when you push it with your finger, it’s done.

Sugar acts as a preservative in jam and jelly-making, so if you haven’t followed a precise formula and are nervous about properly sealing and processing it in jars, simply store small quantities of jam in the fridge for a week or two (keep a jar for your own family’s use) and freeze the rest – jam freezes beautifully.

Potato Pizza with Garlic and Rosemary

26 comments on “The Best Damn Jam”