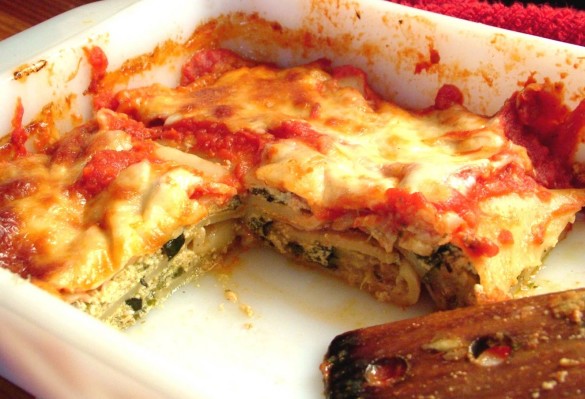 Today I wanted baked pasta. Lazy lasagna or something of that genre; tomato sauce, crispy cheese, maybe some spinach or sausage, stocky pasta you can pick up with a fork, like ziti, which is hard to find (unless you’re at the Italian market) so I usually substitute penne.

I had a container of spreadable black pepper goat cheese with a looming expiry date, and thought that instead of dropping spoonfuls of ricotta on my baked/faked lasagna, I’d drop bits of that. I went to get out the penne and remembered my vow to not buy any more pasta until I used up the collection of unusual shapes I always feel inclined to buy and then don’t know what the (H E double hockey sticks) to do with. 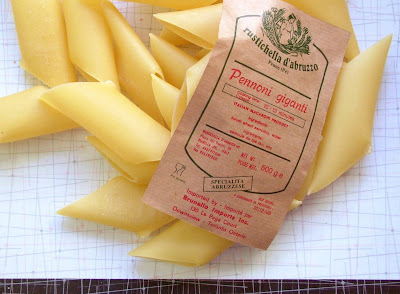 I was penneless. And truthfully, sick of the whole wheat rotini that has become W’s Puppy Chow. So I pulled out a bag of pennoni giganti (giant penne) and decided to just use it. They resembled mini cannelloni, so I imagined myself piping a lovely goat cheese mixture into each one (using a ziploc bag with the corner snipped off) and baking them topped with tomato sauce and cheese.

After boiling them, they were twice their dry size and sat there like big slippery tubes of calamari. You can imagine how gracefully I filled them with a runny mixture of goat cheese, egg, spinach, sautéed zucchini and garlic. It’s a good thing we have a dog. 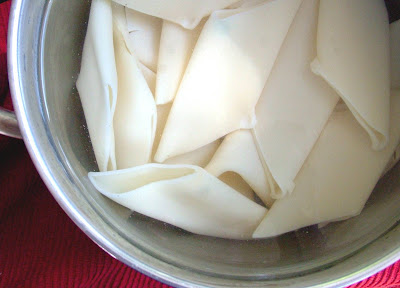 I quickly realized that pure goat cheese would be far too intense as a filling on its own – not like ricotta – and so tried to loosen it up with an egg and add some wilted spinach. Bagged spinach, by the way, is perfect to throw into the freezer – when you need chopped spinach you just crush the bag with your hands and it shatters, saving you the chopping. The second half of my bagged spinach always ends up in the freezer. So this time it ended up in a hot skillet with a bit of oil, and cooked down to practically nothing, so I panicked, rooted through my fridge and came out with a zucchini (roasted red peppers or sun dried tomatoes would have been good too), chopped it and sautéed it with a couple cloves of garlic, and added that too. And a spoonful of pesto. I just needed to bulk it up enough to fill the $%#!%@!! giant penne.

So I filled them as best I could, laid them awkwardly in a baking dish, poured tomato sauce over top, and grated part-skim mozzarella and Parmesan over that. Then baked it at 350 until it was bubbly and golden.

It turned out to closely resemble a lasagna; I could cut it into squares, even. Mike thought it was superb. And although I took the longest route possible to get my baked pasta (high-maintenance lasagna you might say; the opposite of lazy) it was exactly what I wanted for dinner. 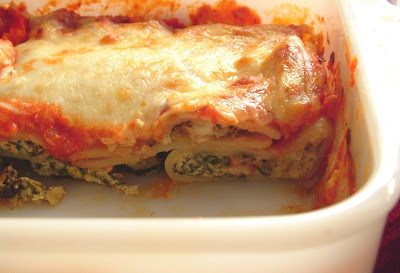