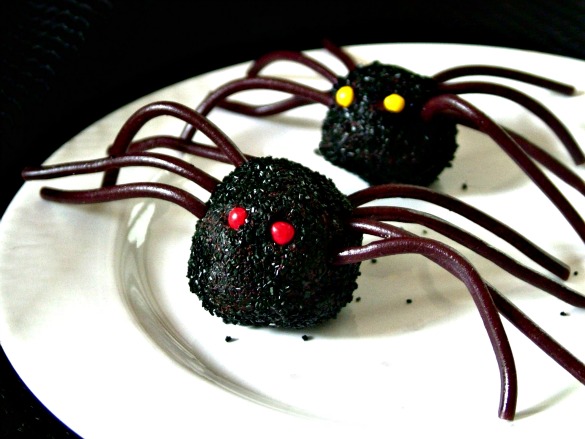 So yes, it’s my birthday today. Thanks for all the well wishes! My plan, dull as it may sound, was to 1) sleep in, and 2) spend as much of it as possible on the couch flipping through the latest Saveur and boxes of back issues of Gourmet, Food & Wine, Cooking Light and Martha Stewart that C purged her garage of and brought over yesterday (Mike was thrilled, let me tell you). I kind of slept in, if you count waking up 17 times burritoed (much worse than sandwiched) between a writhing toddler and sweaty husband and then slipping in and out of consciousness as W screamed and the dog barked and they made pancakes downstairs. I did manage an hour or so of couch time, and the better half of a movie tonight, before I remembered I promised to make brain cakes, not ghostcakes. guh.

And no, I didn’t have to cook dinner! My Mom and Dad took me to Farm, Janice Beaton’s new charcuterie on 17th Avenue, around the corner from Caffè Beano. I charged the batteries for my camera and then left it at home, so I can’t show you the beautiful goat cheese fritter set beside a spinach salad with roasted beets, or the bubbly penne and cheese or chopping boards of meats, cheeses, bread and wonderfully spiced pickles; it’s a menu geared toward sharing but a change from tapas. And since I was all caked out, a birthday crème brulée (made by someone other than me) was just fine, thank you.

Which isn’t to say I didn’t do any cooking – I had a lot to prep for CBC (7-8) and BT tomorrow morning (9 and 9:40). M and W helped make spider truffles (black licorice rope stuck into the sides of chocolate truffles to make spiders), bloody gutscakes (x 45 as there will be a troop or two of Brownies at BT tomorrow) with marshmallow frosting piled high into ghosts (I used a frosting made out of boiled gelatin and sugar, beaten with icing sugar, which then sets into essentially a non-sticky marshmallow), meringue ghosts, and bacon caramel corn. (The meringue I use for pavlova also makes great ghosts; I spooned it into a plain plastic produce bag from the grocery store, snipped a big chunk off the corner and squeezed it out onto cookie sheets, then stuck mini chocolate chips in for eyes and baked them at 250°F for an hour or so.) 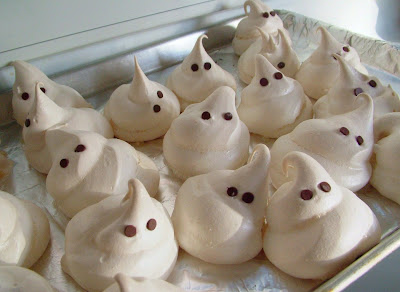 And because I had to top last years’ creation of bacon caramel corn, I made my grandma’s peanut brittle – with cooked and chopped crispy chunks of bacon stirred in instead of the nuts. After spreading it out on the cookie sheet I showered it with freshly ground black pepper while it was still molten. (I’ll post the recipe tomorrow; I have no doubt I’ll be making more sometime around tomorrow afternoon. It could be noted that the chunks of bacon makes it look a lot like scab brittle, which is pretty cool too.)

And just in case you need it tomorrow:

In a medium bowl, toss the seeds with oil, salt and spices. Spread out in a single layer on a rimmed baking sheet. Roast at 375°F for 35-40 minutes, until crisp and golden.

In a medium bowl, toss the seeds with oil, salt and spices. Spread out in a single layer on a rimmed baking sheet. Roast at 375°F for 35-40 minutes, until crisp and golden.

12 comments on “Day 304: Halloween Party Food and Dinner at the Farm”