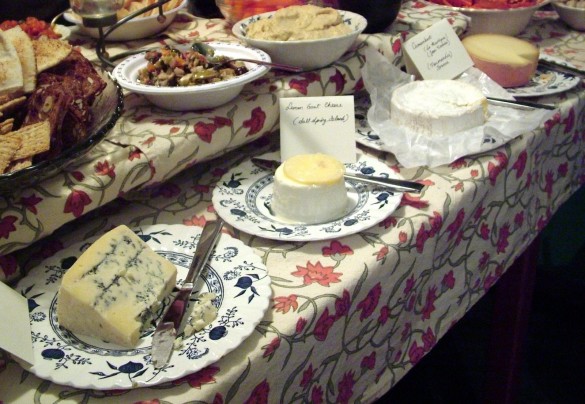 I woke up this morning – or rather was bolted awake at 6:30 am to an alarm I forgot to turn off, which woke W as well – he eventually went back to sleep (a tiny Christmas miracle – that never happens) – thinking I’d be making a Fancy Dinner for 8 in Red Deer tonight. Rib roast, Yorkshire pudding, soup, sides, goat cheese gratin, crème brûlée, but at the same time not knowing if the storm would subside enough to make it relatively safe to drive there and back (at midnight) in a blizzard. So by 8 am I was cleaning the kitchen and making crème brûlée (which has to be done in advance) and peppermint brownies and rolling truffles. (I of course was up until 1 am again last night, having arrived back from GO! at 9:30 and still having to make two double batches of peppermint brownies for an afternoon event today, and do my blog post. So this morning I felt like I was being stabbed in the eye with something sharp and blunt all at once.)

By noon the AMA was still advising against travel on highway 2, and the forecast was for more snow overnight. I managed to get through to the party planners in Red Deer and ask if they could order in; it’s a bad stretch of highway, especially when it’s nearing -40 with the wind chill, making it dangerous to even just slide off the side of the road.

OK you guys, it’s morning now and Mike said I actually fell asleep typing last night, somewhere in that last sentence. Fingers on the keys and everything. (He wanted to take a picture but the camera was plugged in to upload my photos.) Probably a good thing I wasn’t on the highway between Red Deer and Calgary then.

So yes, I called off the birthday party in Red Deer and worked the afternoon at Willow Park. And instead of working I got to go make merry last night; on a snowy Saturday a week and a half from Christmas, that’s the best thing to do. Our friends have theme parties every Christmas, and this year it was Polyester and Cheese – everyone had to wear polyester and bring a chunk of interesting cheese, and each was labeled as it arrived with a little stand-up card that we were encouraged to add flavour notes to the back of. N made a real Swiss fondue (being Swiss) and a batch of meatballs (another one of my favourite holiday party foods – my sauce is the one made with chili sauce and grape jelly – hers was a bottle of beer, a cup of chili sauce and 1/4 cup Worcestershire sauce) and there were platters of sweets everywhere. Sugar cookies, tarts, chocolate bark, Nanaimo bars (on my list for best holiday party food of my childhood); I brought some leftover peppermint brownies drizzled with white chocolate and sprinkled with crushed candy canes (I made Trish Magwood’s brownie recipe, omitting the espresso and adding a teaspoon of peppermint extract in place of half the vanilla – if you want to make a big batch you can double the recipe and bake them in a rimmed bun pan, which is what they call those heavy-duty cookie sheets you can get at Costco) and her Swiss mum sent an enormous platter of poppycock, into which she had scattered teeny wrapped Swiss chocolate bars. (I am going to bug N for the recipe!) It was completely fantastic and I ate altogether way too much. The kids had their own cheese platter and bowl of cheesies in the basement, and I could tell W was as in heaven as I was as a kid at Christmastime when my parents were distracted at a party and we had free reign of the buffet table.

My favourite cheese on the table, by the way, was a lemon goat cheese (pictured above) from Salt Spring Island (purchased at Janice Beaton). Mike’s was a maple marbled cheddar I can’t remember the official name of. We brought pepper and cranberry Boursin, which I highly recommend – I would have gone a little more local but since I planned to be in Red Deer it was something I pulled out of the freezer (to be perfectly honest) – it’s a soft, spreadable cheese so it freezes very well without getting at all weird. (This spurred conversation about how Boursin can be tossed with hot pasta to make an incredibly easy and spectacular pasta dish. Remember?) You can buy it at most plain old grocery stores.

I’ll have to keep this brief – I have to throw myself in the shower and scrape off the barnacles before an all-day meeting to write scripts and set up 13 episodes of It’s Just Food, which we’ll be taping the first two weeks of February. And I have to be there in 45 minutes! 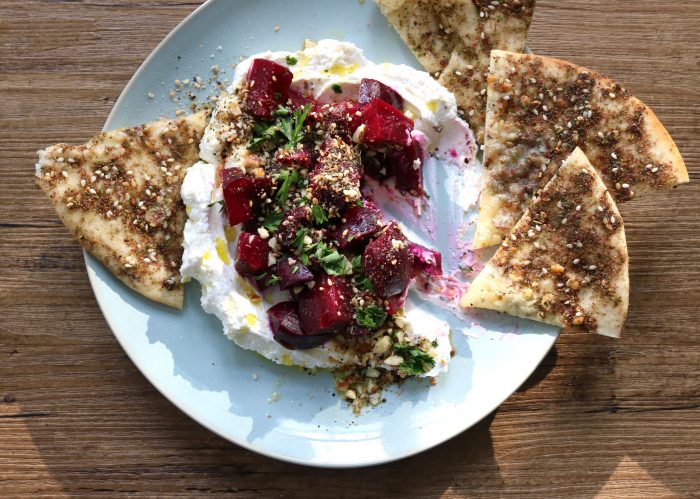 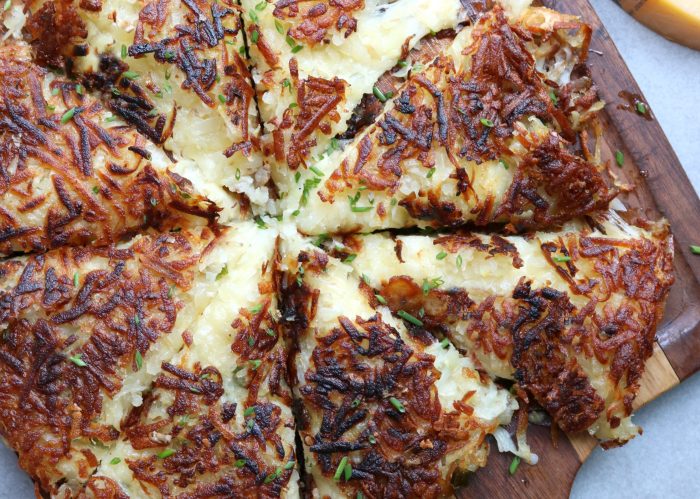 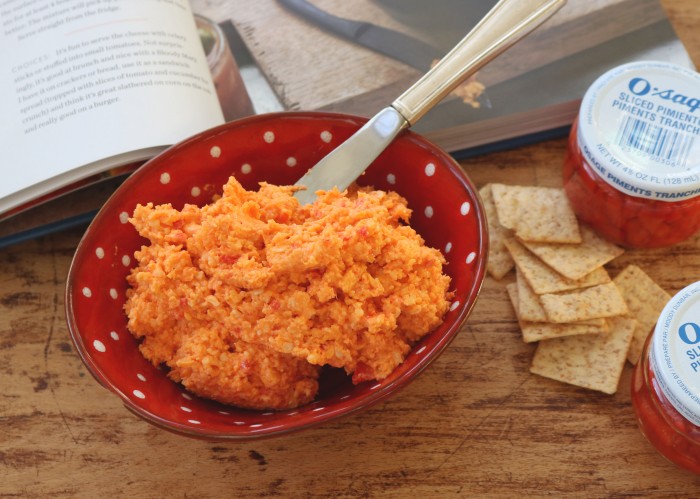 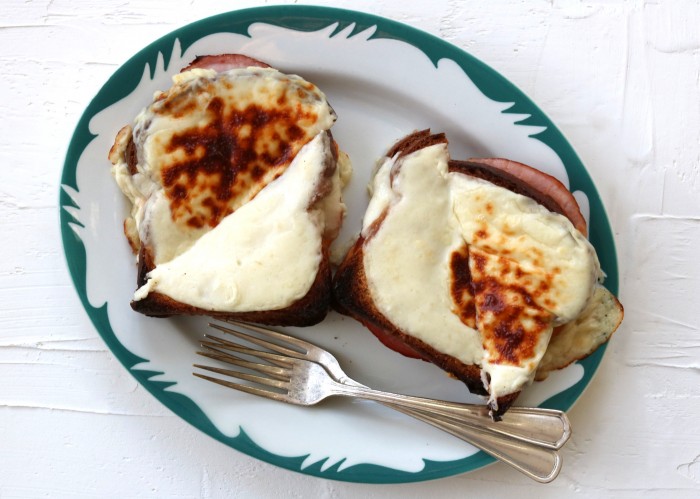 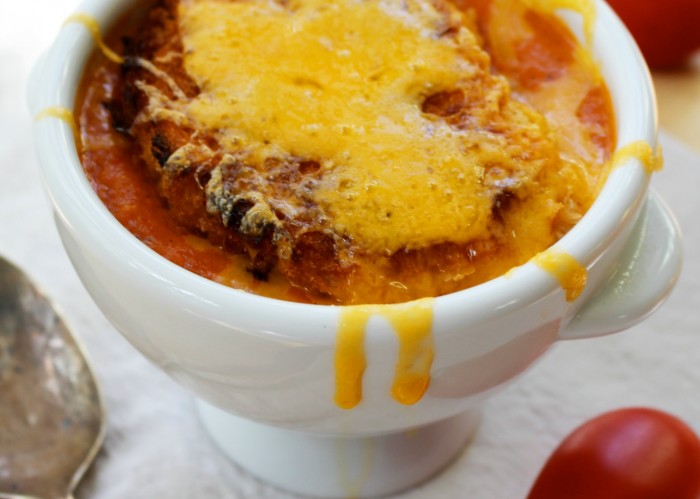 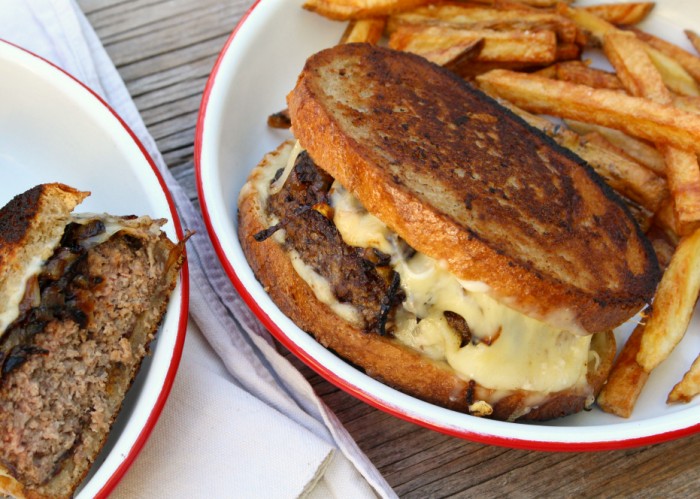